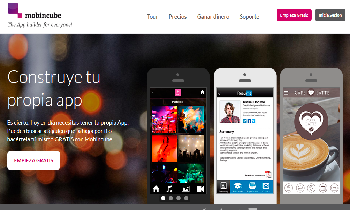 Mobincube is the best web based tool that allows any Internet user to create compelling mobile Apps without the need of having any idea about software development. It has a visual interface that makes it really easy to edit the structure, the content and the design of a mobile. Mobincube offers a huge flexibility and the best functionality to build mobile apps. Once someone has created his own app, the technology of MOBINCUBE automatically generates different versions of the same native mobile app, each one compatible with a different mobile platform: Android, iPhone, iPad, WindowsPhone, etc. It also generates equivalent mobile web sites. With MOBINCUBE you can publish your apps on Google Play, Apple's App Store, Microsoft Phone Store, in order to reach millions of users worldwide. Thanks to MOBINCUBE, creating mobile apps could not be easier.